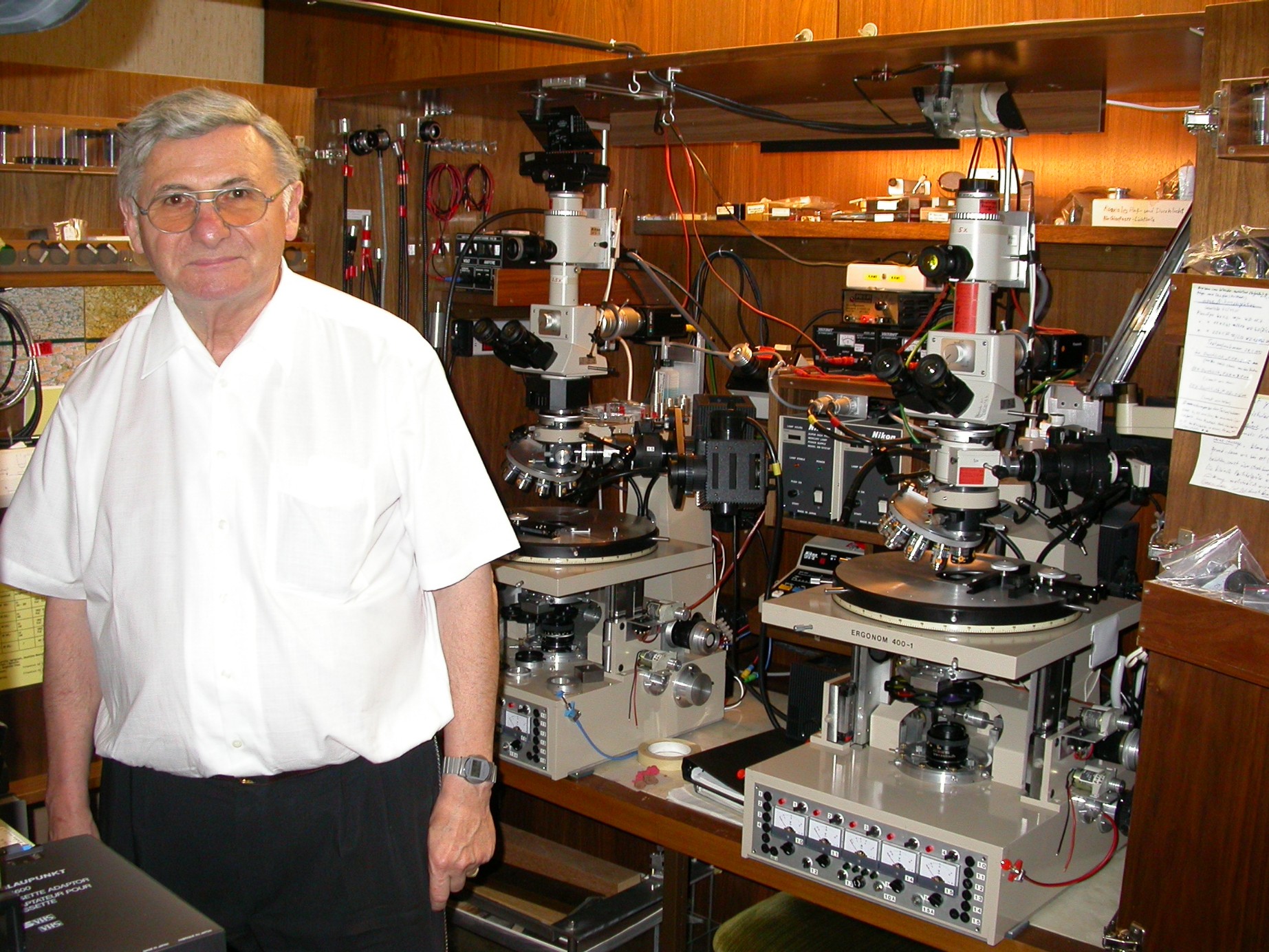 As Peter (who is British), is also fluent in German, he obtained permission to setup a company to market Kurt's microscopes to the rest of the world in English. That was the birth of Grayfield Optical, Inc. that was co-founded by Peter and his brother Ray Walker (based in the USA) in September 2003. Over the years, Peter maintained a good relationship with Kurt Olbrich, bringing many scientists, researchers and even a Noble prize-winning scientist to observe and test the microscope, with Peter working as translator during each visit. "I got to know a lot about Kurt's way of thinking and soon knew all his stories by heart." When Kurt retired at the age of 80 in 2014, Peter started working with Kurt's engineer and business partner to redesign and develop a new series of microscopes that used Kurt's excellent optical technology and combine it with the latest electronics, using CAD/CAM systems to further optimize the system and reduce the unit costs. It took until mid-2020 to complete the development and by then, a new "pandemic" stopped the release in its tracks. This delay, along with associated financial losses, was further compounded by important suppliers disappearing and funding drying up. After a lot of work in the background. new suppliers have been found and we are in the process of obtaining new funding at the start of 2022 that will finally allow us to release the SeeNano series of microscopes to the world.
You can learn more about Kurt Olbrich's microscopes on our history page. 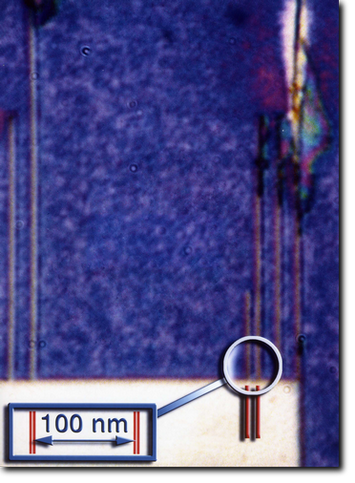 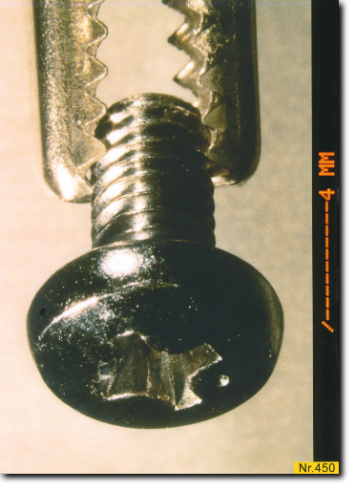 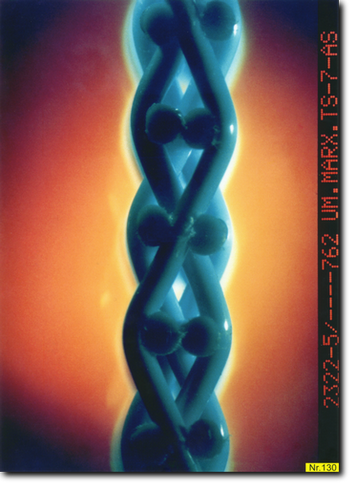 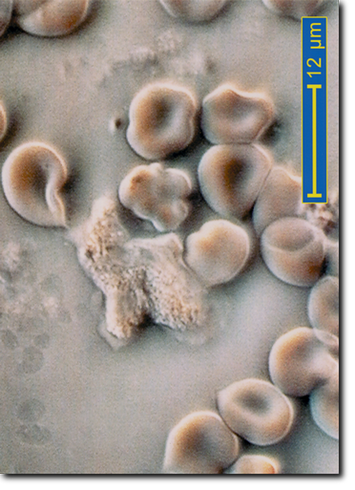 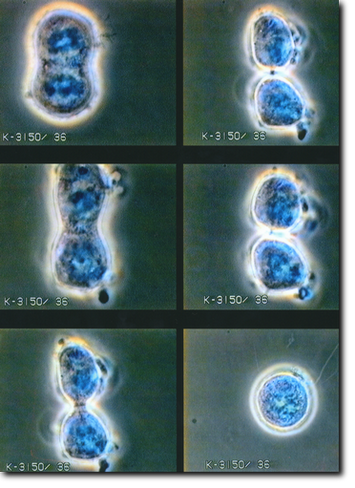 View living biological samples and view or film them in real time
Important News: Release of our Microscope Systems
Update: March 22, 2022
We were nearly ready to release our new SeeNano series of microscopes in March 2020, when the pandemic delayed those plans. Important suppliers closed down and we had to find replacements. We had more time to improve the design, but the extended lockdowns dried up our funding.
We are currently in the process of obtaining new funding for 2022 and are confident that this will enable us to return, better than ever before. We have upgraded Kurt Olbrich's microscopes with state of the art electronics, computerized stages, automated scanning and much more in an improved modular system.
We know there are a lot of people waiting patiently for these new microscopes and we are working hard to make them available, this year - most likely in Q3, 2022.
Grayfield Optical was originally responsible for sales and marketing of the "Ergonom" microscopes outside the German speaking countries. We are now expanding our coverage to German speaking countries as well, and have now released our new German language website: https://grayfieldoptical.de
We will keep you updated on our progress on this page.
Manufacturing Status - We are optimizing the designs and busy applying for new funding. We now plan to start delivering microscopes in Q3, 2022.

Please note that we are a small company and need to charge a nominal (offsettable) charge of $400 (£300 or 350 €) payable in advance to each group, to cover our own costs (hotel, travel costs, setting up equipment for specific demonstrations, etc). It is payable, once we agree on an appointment date.

This fee does include collection and return to Hamburg airport/rail station/hotel in the Hamburg area, etc. Our manufacturing facilities are located north of Hamburg (Germany) near the airport in Norderstedt. This fee will be fully offset from your invoice, should you purchase a microscope system from us. This fee has to be paid in advance and is otherwise only refundable if you cancel your visit at least three days prior to your appointment.

In the past, we had a lot of people making appointments to come and test our optical microscooes that were simply curious and had no real interest or even funding for purchasing our equipment. While we understand that our microscopes are unique and that many people want to see this for themselves, such visitors have incurrred high costs to us both financially and timewise in the past. As our team is located in both Hamburg and Cologne, we incurr travel and hotel costs ourselves with each visit and these costs have to be recovered in the end through higher prices to our legitimate customers, which made our microscopes unnecessarily expensive.

As the price of our microscope systems has always been an important issue, we have been working hard in the past three years to redesign our systems to make them better and more affordable while maintaining the quality. It therefore made sense to introduce this nominal charge in order to cover our costs for each potential customer. We thank you for your understanding.

Our previous range of Ergonom microscopes, were high quality optical microscopes, yet were lacking the integration with modern electronics. Our engineers in Hamburg, have been creative in integrating the latest electronics to intelligently control both the stage and the objectives allowing for fully computer-controlled operation. For non-biological applications, it is possible to auto-scan the entire object, for example a computer wafer, resulting in a massive gigapixel image with incredible resolution in full color. A working system for this purpose, has already been delivered to a major university in the UK.

Our new microscopes are modular. You can start with the lab system and upgrade it up to a top research microscope.

We previously planned to release two versions, Lab and Pro and that has been changed to one scalable system. Add accessory modules as needed to upgrade for more features.

Instead of a turret, the objectives will be mounted on a horizontal rail system and can be self-centering. You are looking at a sample and want to switch to a higher magnification, the objective is automatically changed and adjusted so that your field of view matches what you were looking at before.

Automated nano-positioning systems will be available to precisely move the slide.

Our SeeNano microscopes are now will have all the optical capabilities of the previous Ergonom series, while adding fluorescence capabilities and realistic pricing.

We would like to thank the large number of people contacting us to enquire about our new range. We are working hard to perfect things so that when are new range is ready, it will be better and more affordable than anything we have ever offered, before. We will ensure our new microscopes are built to the highest quality standards, that you would expect from "Made in Germany" with optical capabilities that are second to none.
Our new product stategy will be to have an affordable basic model that can be expanded with a range of options. That is, our new microscopes can be upgraded from the basic version up to the highest level simply by upgrading or adding the relevant components.
Please note: All technical details are subject to change without notice, while we work on our new microscope range.

Unsatisfied with the capabilities of existing light microscopes, it was decided to investigate why the resolution, color contrast and depth of field is so limited. This research led to the discovery of a unique new way of building microscopes which no longer suffered many of the constraints of existing optical theory. We found that by using a different approach to optics and a new mathematical approach, we could build microscopes with a large "cylinder of sharpness" (depth of field) and a true resolution of 100nm, while maintaining full contour sharpness and true colors without the need for staining, oil immersion, etc. This Grayfield Lens System is the basis of all our future optical systems.
The GLS technology has also been used to develop objectives for extreme image reduction, a quantum leap in the nano lithography of critical dimensions that can be used for computer wafer production.
Yt
Fb
Back to content